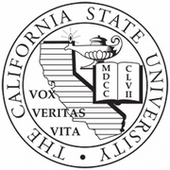 The 2011-12 budget will reduce state funding to the California State University by at least $650 million and proposes an additional mid-year cut of $100 million if state revenue forecasts are not met.

A $650 million cut reduces General Fund support for the university to $2.1 billion and will represent a 23 percent year over year cut to the system. An additional cut of $100 million would reduce CSU funding to $2 billion and represent a 27 percent year-to-year reduction in state support.

“What was once unprecedented has unfortunately become normal, as for the second time in three years the CSU will be cut by well over $500 million,” said CSU Chancellor Charles B. Reed. “The magnitude of this cut, compounded with the uncertainty of the final amount of the reduction, will have negative impacts on the CSU long after this upcoming fiscal year has come and gone.”

In March, the legislature and governor approved an initial reduction of $500 million to the CSU. To address this initial cut, the legislature and governor agreed that the CSU would enroll approximately 10,000 fewer students this fall, and would apply an estimated $146 million from tuition increases already approved for fall 2011 to help offset the budget reduction. In addition, campus budgets were reduced by a combined $281 million, and the Chancellor’s office was cut by $10.8 million or 14 percent. These cuts will be accomplished primarily through various administrative and instructional efficiencies, as well as expenditure reductions in items including travel, information technology, equipment and book and journal purchases by libraries.

During the Board of Trustees meeting on July 12, the CSU plans to address the additional $150 million to $250 million reduction. In order to avert devastating and lasting damage to student access, student services and program quality, Chancellor Reed will recommend an additional tuition fee increase of 12 percent or $294 per semester effective for the fall 2011 term.