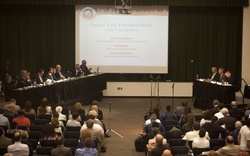 Local leaders from the Inland Empire described the difficulties of managing the current budget cuts and the potential severe damage of an “all-cuts budget” at a hearing of the state Senate Budget Committee Friday at Cal Poly Pomona.

Chaired by Sen. Mark Leno (D-San Francisco), the committee received testimony from representatives of local government, public safety and education at the public hearing, which was held in the Bronco Student Center. Local leaders urged the senators to put aside partisan politics, work together and find a solution to California’s fiscal crisis.

Panelists were divided into three groups. They included: 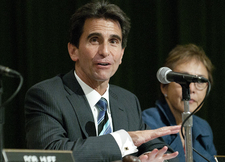 At the end of the hearing, members of the public were invited to provide comment. Comments may also be sent to the committee by emailing Mary Teabo at mary.teabo@sen.ca.gov.