Main Menu
Browse: Home / 2011 / May / Peace Activist to Discuss the Power of Partnership 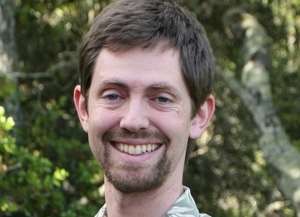 The Ahimsa Center will host a public lecture by peace activist Ocean Robbins on Sunday, May 15. Robbins will speak on “The Power of Partnership: Building Healing Bridges Across Historic Divides.” This lecture is named after Ratan and Madhu Baid, founding sponsors of the Ahimsa Center.

Robbins firmly believes that anyone and everyone can make a difference in the world and that each person has an important role to play in changing the world. His discussion will highlight methods of collaboration to strengthen the power of these roles.

Robbins is the cofounder and current leader of YES! (Youth for Environmental Sanity). He began the company when he was only 16. YES! is a nonprofit organization for social entrepreneurs that takes on issues such as sustainability. The organization has held gatherings for young leaders across the world, including in Singapore, Costa Rica, Russia, and the United States.

Robbins’ began his activism at an even younger age. He organized a peace rally at his elementary school when he was 7 and started his first business, Ocean’s Natural Bakery, when he was 10.

For students looking to make a change in the world, Robbins offers three steps.

“One, it takes creative and inspired ideas,” says Robbins, 36. “Two, it takes initiative and competent follow-through. And the third thing it takes to make a big impact is an idea whose time has come.”

The discussion on May 15 will focus on utilizing teamwork toward a more sustainable future. Robbins acknowledges that many may not be ready to engage in partnership with one another to create sustainability.

“The idea of engaging with people who are different can feel scary and destabilizing,” Robbins says. “Even with all the talk about the glory of diversity, and even with all the ways that segregation has been shunned to the point of becoming a dirty word, most of us feel safer and more trusting with people like us.”

However, Robbins hopes that students will discover their ability to make an impact.

“I hope students will gain inspiration, motivation, and support to live with greater passion and purpose,” he says. “I hope they will have a great time learning how much fun it can be to change the world for the positive, and that they will learn about world issues and solutions, in ways that are grounded and deeply real.”

“In a world in which the problems we face can feel utterly overwhelming, it is important to remember that there are perhaps 7 billion parts to play in the healing of our world, and each of us has a niche.”

This event is free and open to the public. It will be held from 3 to 5:30 p.m. in Ursa Minor, Bronco Student Center. Registration is required by May 12 via email to ahimsacenter@cpp.edu. For more information visit www.cpp.edu/~ahimsacenter/ahimsa_home.shtml or call the center’s director, Tara Sethia, at (909) 869-3868.