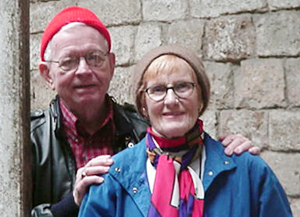 Francis, an attorney, came to Cal Poly Pomona to in 1960 to teach business law and was tapped to help establish the Cal Poly Pomona Foundation in 1966. He was the organization’s first executive director. The foundation provided student scholarships, employed student workers on campus, improved food quality, subsidized student activities and supported faculty research.

Over the years, Francis helped create about half of the nonprofit auxiliary organizations in the CSU system and often served as legal counsel for the entity upon creation. He was instrumental in the passage of a federal law that exempts college and university student employees from Social Security tax. He was also actively involved in drafting IRS regulations that properly classify auxiliary organizations as supporting non-profit entities.

Francis retired in August 2003 after suffering a severe stroke.

Francis was born in Los Angeles on Jan. 27, 1926, graduated from Manual Arts High School and served in the Air Force towards the end of WWII. Francis attended UCLA for his undergraduate and law degrees.

The family wishes to thank Dr. Sunil A. Roy of Kaiser, and caretakers JoJo and Cathy Godinez for the wonderful care they provided Francis in his last years.

Francis is survived by his wife, Marjorie; daughter Lynne Singer and her husband Clay; son John Francis and his wife Janice; stepson Larry LaVars; and three grandchildren. He was predeceased by his son Robert.

A memorial celebration is planned for June 19 at 1:30 p.m. at the small chapel at Forest Lawn in West Covina. For additional information, contact Lynne Singer at (805) 927-2507.