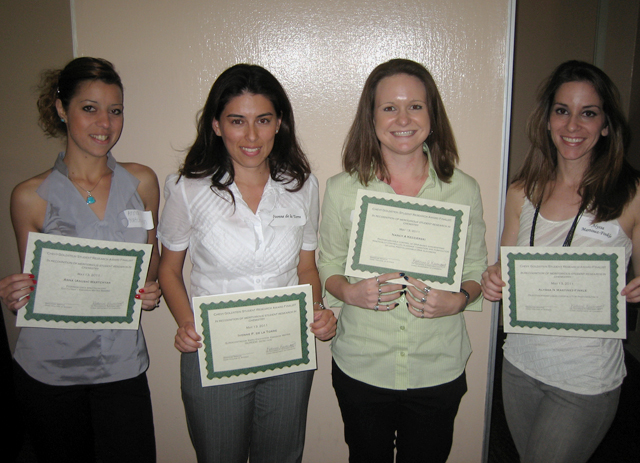 The May 13 symposium featured a distinguished lecture by Professor Douglas Rees from CalTech. Rees spoke on “The Structural Basis of Biological Nitrogen Fixation.”

The student research awards were created to carry on the legacy of Professor Elisheva “Chevy” Goldstein. Goldstein was a chemistry professor at Cal Poly Pomona until her untimely death in 2007. She was internationally recognized for her research in computational-physical chemistry.

“Chevy Goldstein was an active teacher-scholar — she integrated research and teaching by working with undergraduate and master’s student researchers to push the boundaries of chemical understanding,” says Phillip Lukeman, organic chemistry professor. “These student finalists, with different mentors, continue that proud tradition.”