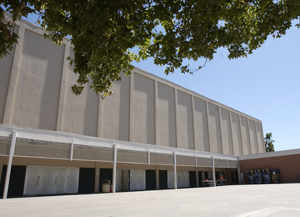 Cal Poly Pomona, which self-reported possible athletics violations in its women’s basketball program to the NCAA, announced Thursday that it has received a notice of proposed findings.

The notice is the result of a 10-month investigation by the university and a subsequent review by the NCAA. Cal Poly Pomona’s actions were based on department findings involving student-athletes recruited by former members of the women’s basketball coaching staff. The information collected during the internal investigation was assessed and provided to the NCAA. The university has notified the NCAA that it will forego a formal hearing process and expects this matter to be fully resolved during the summer.

For the women’s basketball program, the NCAA’s findings include: impermissible contact with prospective student-athletes, impermissible tryouts and open gyms, impermissible use of student managers and impermissible benefits, as well as several institutional findings involving the maintenance of squad lists, notification of athletic grant-in-aid, and the timeliness of reporting alleged violations.

“Cal Poly Pomona is committed to rules compliance, education and disclosure,” Director of Athletics Brian Swanson said. “We continually monitor our programs, we make it a point to self-report any suspected violations, and we have instituted numerous progressive measures in matters of compliance. We are working with the NCAA for resolution.”

“We have a proud, rich history in our athletics programs,” said Doug Freer, vice president for student affairs. “We have high expectations of each program when it comes to rules compliance. When we became aware of possible issues in women’s basketball, the university took immediate action, and we are fully cooperating with the NCAA. It’s important to note that the current women’s basketball coaching staff was not involved or included in any of the proposed findings.”

Competing at the Division II level, the Broncos sponsor 10 intercollegiate sports. Cal Poly Pomona has captured 14 national team titles, more than any other current D-II institution in the state of California. CPP is a full-time member of the California Collegiate Athletic Association (CCAA).