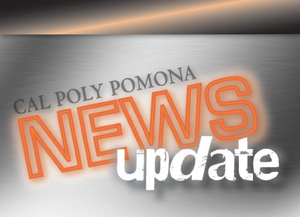 In two unrelated incidents, Building 17 and the CLA Building’s tower and paseo were closed on Wednesday, April 13.

Building 17 (Engineering Lab) was  closed at about 3:30 p.m. due to a ventilation issue. Lectures scheduled in the building were moved to
Building 9. Students were instructed to follow signage at the engineering laboratory for their new class
locations. Labs scheduled in the building were canceled. The ventilation problem has since been resolved. Building 17 will reopen Thursday, April
14, at 6 a.m.

Also on Wednesday afternoon, occupants of the CLA Building reported a suspicious smoke-like smell in the second and third floors. The tower and paseo of the CLA Building were evacuated at about 4:45
p.m. After an investigation by Los Angeles County Fire and the University Police departments, the CLA Building’s tower and paseo reopened shortly before 6 p.m. Investigators believed the smell came from an electrical ballast, which has since been replaced. A lift was also disconnected. University Police maintained a fire watch throughout the evening as a precaution.