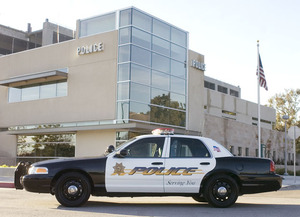 Misdemeanor charges will be filed against the two suspects, neither of whom are connected to Cal Poly Pomona. One of the individuals is a juvenile and the other was identified as 19-year-old Jesse Jonathan Fonseca of Pomona, according to police.

While the arrests may provide some relief, police encourage the campus community to continue being vigilant about suspicious activities or individuals on campus. In addition multiple unrelated persons may be involved in the thefts, according to police.

“We consider the faculty, staff and students the eyes and ears of the police department,” says University Police Chief Michael Guerin. “Officers can’t be at all places at all times. We need the entire campus community to be aware, especially of people who appear to be loitering around bike racks, tampering with locks or parts, or who do not appear to be students.”

Bicycle thefts appear to be on the rise compared with previous years, with 10 reports in January and one in February, as well as two incidents of stolen bike parts and a stolen bike rack.

Bike owners should use U-locks or bar locks to secure their bikes, as well as record the serial number, make/model, and any unique or distinguishing features to establish proof of ownership in the event of a theft. Owners are encouraged to register their bikes with the University Police Department.