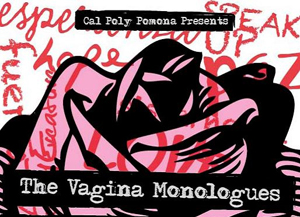 A year after the devastating earthquake in Haiti, Cal Poly Pomona students are working to increase awareness of the living conditions there, especially violence against women.

Before the disaster last year, violence against women in Haiti was rampant, according to figures from the Inter-American Commission on Human Rights. About 70 percent of Haitian women have been affected by some kind of violence, ether domestic or public. Following the earthquakes, there have been reports of widespread rapes in the camps for internally displaced people.

“Students can help by spreading awareness, they can talk to their friends and family about the violence against women in Haiti,” Lewis says.

“A simple stat such as ‘Did you know that it is estimated that about 72 percent of Haitian girls have been raped?’ can help start this important discussion,” Lewis says. “Many people do not know that women in Haiti are being abused at such high rates.”

The 2011 productions of the “Vagina Monologues” at Cal Poly Pomona will not only spotlight women’s rights, but organizers will also donate 10 percent of ticket sales to help build a safe house for women and girls in Haiti.

Tickets are $10 for students and $15 for non-students.

In addition, the Violence Prevention & Women’s Resource Center is sponsoring a free Haiti Teach-In on Tuesday, Feb. 8 at noon in Andromeda, Bronco Student Center. Participants will learn about current conditions in Haiti, violence against women in the displacement camps, and how people can help.

Lewis stresses the importance of drawing attention to the violence in Haiti.

“Women in impoverished countries, such as Haiti, need to be heard through our voices,” she says. “Once people are informed about the issues going on in foreign countries, they are more likely to support these survivors by donating to charitable organizations or even pressuring the government to take action to help women.”