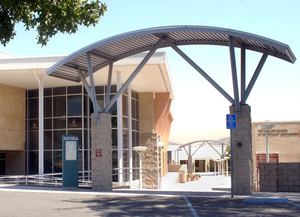 Cal Poly Pomona’s Collins College of Hospitality Management is $1 million closer to breaking ground on a $10 million educational complex thanks to Eugene Park, a prominent Inland Empire businessman and alumnus. The pledge will be matched by the college’s benefactors and namesakes Carol and Jim Collins, effectively making this a $2 million gift to the college.

“The Collins College has been instrumental to my family’s success,” said Park, whose father and sister have also attended the college. “It is important to us to help the college provide opportunities for students. The academic building expansion will do just that by creating the best facilities possible for students.”

The Park family’s history with the college stems from father Hae Park’s time as a student in the late 1970s. Hae Park credits much of his success at Cal Poly Pomona and his early career to the mentorship he had with Dr. Donald Lundberg, the college’s founding professor. Since 2004, the Parks have also given the college more than $2 million to support alumni outreach and faculty development.

The educational complex will enable the college to continue expanding its growing student body. It will also create classroom and study space tailored for its new graduate program, which launched this fall. Preliminary plans call for four buildings that will create a setting that is space-efficient, environmentally friendly and visually exciting. Preliminary drawings of the expansion are available upon request.

“The college is so fortunate to have the support of Eugene and his family,” said Collins College Dean Andy Feinstein. “As an alumnus, Eugene has a special understanding that supporting the college directly impacts the future of our students.”

Park’s gift raises the total amount pledged to $8 million or 80 percent of what’s needed for the $10 million project. This pledge comes only six weeks after the J. Willard and Alice S. Marriott Foundation awarded $2 million to the college, which was also matched by Carol and Jim Collins. In 2008, the Collinses pledged to match up to $5 million for the project.

Construction on the expansion hinges on raising an additional $2 million. Work is ongoing to identify those funds.

All the contributions to this expansion are part of Cal Poly Pomona’s comprehensive campaign, which entered the public phase this fall. The university has achieved more than half of its fundraising goal of $150 million.