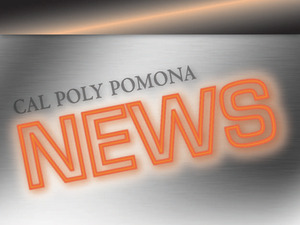 The California State University Board of Trustees today adopted a budget for 2011-12 calling for an increase of approximately $379 million in state general fund support from the Governor and the legislature. Included in the budget proposal is a request for the state to provide $121.5 million to “buy out” a planned 2011-12 tuition increase. These “buy-out” funds would make it possible for the CSU to rescind the tuition increase.

“Our budget proposal is tempered by the fiscal uncertainty that California continues to face, and the resources needed by the CSU to properly serve our students,” said CSU Chancellor Charles B. Reed. “The CSU’s enrollment will be higher than the previous two years and we are hopeful that the incoming governor and the legislature will realize the importance of providing the funding to support the services critical for the success of these students.”

In recent years, the CSU saw its annual state support cut by $625 million, while absorbing $135 million in mandatory cost increases. Although the 2010-11 budget partially restored funding, CSU’s state support remains at approximately 2005-06 levels. The enacted 2010-11 budget also allotted the CSU $106 million in one-time federal stimulus funds with the assumption that the funding will allow the university to serve a sharply increased level of enrollment. Though new students will be admitted based upon one-time funding, they will continue on CSU campuses long after that funding has been exhausted.

The budget plan will be submitted to the State Department of Finance. In January, the Governor will submit his budget plan to the legislature. The governor’s budget is revised in May and is supposed to be adopted by the legislature by June 15. The new fiscal year begins on July 1. The 2010-11 budget was signed on October 8, 100 days late and the longest such delay in state history. For additional details of the budget, see the CSU Board of Trustees Committee on Finance agenda (PDF).