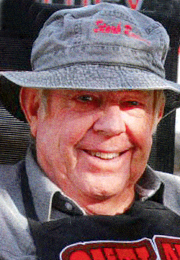 Charles Stark, professor emeritus in the agricultural engineering department, has died. He was 72.

Stark, who lived in Brea, was killed Sept. 15 in an automobile accident on the Interstate 15 in Idaho.

Stark graduated from Cal Poly San Luis Obispo in 1960. He later received his master’s degree from the University of Montana and his doctorate from Brigham Young University. He was hired by Cal Poly Pomona’s College of Agriculture in 1967 and retired in 1992.

When he was hired, “agricultural engineering was more of a support program for the production majors in agriculture,” says Allen C. Christensen, former dean of the College of Agriculture.

During his tenure in the department, a degree in agricultural engineering was offered for the first time in 1970.

As a student, Stark worked on the Rose Float. When he returned to campus as a professor, he served as a mechanical advisor to the Rose Float program. His son, Russell, fondly remembers his dad’s years as Rose Float advisor.

“He was definitely my best friend,” Russell Stark says. “As a kid I spent a lot of time helping him with the floats.”

A memorial service for Stark was held at Buck-Miller-Hann Funeral Home in Idaho Falls. He is survived by his wife, Loretta, whom he met at Cal Poly San Luis Obispo; his son, Russell; his daughter, Susan; his brother, Daniel; and four grandchildren.