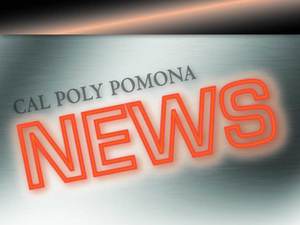 The Pi Kappa Alpha fraternity at Cal Poly Pomona has been placed on interim suspension, pending the completion of investigations into alleged hazing. The allegations involve multiple incidents, including the blindfolding and branding of select members in December 2009.

The university has ordered Pi Kappa Alpha to suspend all of its activities immediately. Additionally, the fraternity’s campus accounts have been frozen, and it will not be permitted to use university facilities or continue with its new member education process.

This investigation comes a year after the suspension and removal of Sigma Phi Epsilon, a fraternity involved in a hazing incident in which a new member suffered serious injury.

In light of the recent report of hazing, the 31 other Greek organizations on campus will be placed on temporary probation, pending completion of a hazing audit. The audit will require the organizations’ national or regional leadership to audit their chapters in partnership with the Office of Student Life & Cultural Centers and verify that they have educated their members about hazing and its many forms. They must assure the University that hazing is prohibited from and does not occur in their organizations.

“Greek life, when done right, can be an enriching student experience that benefits the University and surrounding communities,” said Freer. “The strong action we are taking today is intended to preserve the integrity of the Greek community.”

Hazing is any method of initiation or pre-initiation into a student organization or student body likely to cause serious injury. Hazing could also be any act, subtle or overt, involving personal degradation or disgrace resulting in physical or mental harm. Consent or lack of active participation is not a defense. Refer to Cal Poly Pomona’s 2010-11 Catalog for additional information on student conduct and discipline at: www.cpp.edu/~academic/catalog/gen_info/Policies_Regulations.pdf.