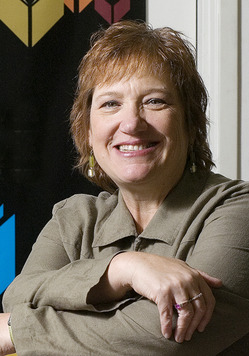 Jonnie Owens remembers a time when university employees were allowed to smoke at their desks, when discussion of sexual orientation was still taboo, and when cultural centers were not part of the campus landscape.

Owens, who had multiple roles in her nearly 25 years on campus, says she always had one goal in mind: helping students. Using skills she gained in motherhood, her education and life, Owens played an important role in the founding of some significant campus programs.

“Many times I drew upon life experiences to help students,” says Owens, who retired in July. “I took responsibility for educating myself and seeking out information and resources when what I needed was not readily available.”

Among her accomplishments are the opening of the Pride Center, a resource center for lesbian, gay, bisexual, transgender, queer and questioning students and their allies; the establishment of the Safe Zone Ally training program, a workshop geared toward training campus employees to help anyone dealing with sexual orientation or identity issues; and the promotion of The Vagina Monologues, a theater production intended to raise awareness and funds for anti-violence groups.

“Jonnie served as the godmother of queer students everywhere,” Danico says. “She empowered and instilled in them a belief that tolerance can be transformed into acceptance. There are amazing scholars, activists and community leaders out there in our nation who would come to our campus because of their connections with Jonnie.”

With a passion for civil rights and criminal defense, Owens says she always envisioned herself becoming a lawyer, but “life doesn’t always follow the path you intend to follow.”

After getting married young and having three children, Owens put her family first and set aside her dreams of going to college. While working as an emergency room ward clerk in Ontario, she opted to change careers.

Owens came to Cal Poly Pomona after she saw an ad for a police dispatcher, which was an easy transition because of her work in the ER.

She took advantage of the fee waiver offered to university employees and resumed her education, taking classes part time over seven years while balancing a full-time job and raising her children. Owens graduated with honors in 2001, earning a bachelor’s degree in behavioral science as well as a minor in women’s studies and criminal justice.

“I had a wonderful experience,” she says. “I hand-picked my classes and really got a lot of out them.”

Owens applied many of the skills she learned in the classroom to her work.

Before the Pride Center or any of the cultural centers opened their doors, Owens heard from a health educator about a program geared to help gay and lesbian students feel safe on campus. She went to the vice president of student affairs at the time, Gene Awakuni, and offered to hold workshops.

The Safe Zone Ally program began in fall 1994, and faculty, staff and students took the workshops to learn more about the gay community, including terminology, available resources and referral information.

Veronica Munoz, (’05, ethnic & women’s studies, human resources & management) who served as chair of LGBT History Month, president of Queer Students and Allies for Equality, and secretary of Collegiate Alliance of Pride, says it was in Owens’ nature to nurture.

“There was something about the way Jonnie interacted with students that encouraged them to be more accepting of each other,” Munoz says. “It was the way she listened to each student, the way she knew their stories and the way she counseled students.”

Jessica Tovar (’02, earth studies and regenerative studies), who worked as a student assistant in the Pride Center in 2001, says Owens “helped us create a space of autonomy that went beyond sexual identity to include other cultures and struggles.”

Owens’ ability to stay connected with former students “is a testament to her character and heart,” Tovar says.

In honor of Owens’ achievements, the Pride Center has renamed its scholarship the Jonnie J. Owens Creating Change Scholarship.

Jami Grosser, the current coordinator of the Pride Center, says the scholarship will honor students who create change through advocating for lesbian, gay, bisexual and transgender people on campus just as Jonnie did.

Owens, who will continue to volunteer in community programs, says the most rewarding part of her career on campus was interacting with students and watching them succeed.

“I don’t care if anybody else knows what I did during my years at Cal Poly Pomona; I know it,” she says. “I know my mom would be happy to know that it wasn’t just something I did in the moment, but it was something that endured, that changed peoples’ lives.”

The Los Angeles County Fair donates nearly 100 years of photos, film reels, news articles, cookbooks and more to the University Library’s Special Collections and Archives. Once the collection is…