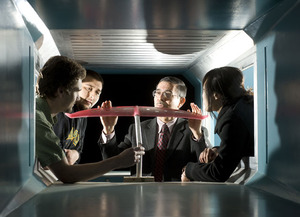 U.S. News & World Report has again recognized Cal Poly Pomona as one of the best public regional universities in the West. The university was tied for seventh among non-doctorate granting institutions, according to the magazine’s 2011 “Best Colleges” rankings.

Among both public and private regional universities Cal Poly Pomona tied for 32nd in the West, the same position it held last year. The category comprises 15 states, from California to Texas and Alaska to Hawaii.

The university also drew high marks for its College of Engineering and commitment to diversity on campus.

The College of Engineering was ranked 11th nationally among universities whose highest degree is a bachelor’s or master’s. The college, established in 1957, produces one of every 15 engineers in California.

“Our engineering programs produce graduates who are ready to become entry-level practicing engineers, so many major employers have identified Cal Poly Pomona as one of their select campuses for recruiting” says Donald Coduto, the interim dean. “We are pleased to see that U.S. News & World Report has again recognized the quality of our programs.” 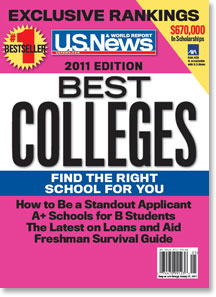 Rose-Hulman Institute of Technology in Indiana headed the list. Cal Poly San Luis Obispo was tied for fifth. Cal Poly Pomona was the next highest rated CSU in the rankings, which were based on a survey of engineering deans and senior faculty conducted last spring.

Cal Poly Pomona, with a student body that is about one-third Latino, one-quarter Asian and one-quarter white, again drew high marks for diversity, ranking fifth in the West, just below CSU East Bay and CSU Dominguez Hills. The findings were based on the overall ethnic mix of the student population during the 2009-10 academic year.

Highlights of the college rankings will be published in the September issue of U.S. News & World Report. The 2011 Best Colleges guidebook will be on newsstands Aug. 24.