The major benefits of the 23 California State University campuses are felt by communities throughout the state, and a recent report shows just how much of an economic, technological, social and environmental impact the CSU makes statewide.

The report, “Working for California: The Impact of the California State University System,” underscores that the dynamic, knowledge-based economy that California enjoys can be directly tied to the investment in world-class public higher education.

“Access to college is the key to better jobs, higher wages and a brighter future,” said CSU Chancellor Charles B. Reed. “We know that students educated at our university not only improve their own condition but that of their families and the community around them.”

Particularly important during this time of economic crisis, the unemployment rate for individuals in California with only a high school diploma is twice that of four-year college graduates. 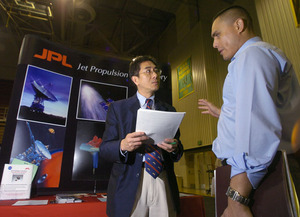 “A CSU education is clearly an investment that pays for itself year after year for both the individual and the state,” Reed said. “The CSU’s 2.5 million alumni are the educators, engineers, innovators and entrepreneurs of today. Current CSU students are the educated workforce and leaders of tomorrow.”

Cal Poly Pomona’s impact on the region and the state is significant. 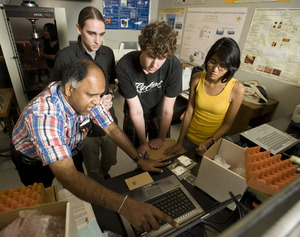 Research, innovation and entrepreneurship on campus also boost the state’s economy. The highlights include:

“CSU serves the needs of California’s workforce, and the economic drivers, which account for nearly 5 million jobs in the state, are knowledge-based industries that thrive because of the state’s skilled workforce,” said Elizabeth Johnston, senior associate at ICF International, which conducted the study. “Among these key industries are agriculture, business, life sciences, engineering, information technology, media, and hospitality and tourism and others that rely on the CSU for their workforce.”

The CSU remains California’s largest source of educators. More than half the state’s newly credentialed teachers are CSU graduates.

The CSU is also a leader in sustainability, and the state’s green sector grew by 45 percent over the past 15 years, indicating its increasing importance in the economy. Currently, 23 percent of the CSU’s electric power is from renewable sources, and the CSU has partnered with the Department of General Services to lead a statewide effort to install solar-powered generation systems on university campuses and state facilities. In April 2009, the U.S. Environmental Protection Agency recognized the CSU in the Top 20 list of the greatest national green power purchasers. The CSU also has 33 LEED certified /to be certified projects across 16 campuses. Students also take an active role in on-campus and community-wide sustainability measures, and the CSU has increased course offerings in sustainability and green business certificate programs.

The CSU also engages in applied research in key California industries including agriculture, biotechnology, information technology and others, and partners with local economic, community and business development offices and private industry around such ventures as biotechnology and alternative fuels development.

(Top photo: A recruiter from the Jet Propulsion Lab talks with a student at the Engineering and High-Tech Job Fair in 2005. Bottom photo: Engineering Professor Vilupanur A. Ravi talks with his research team, which includes Andrew Schissler, Brad Harrison and Gizelle Cuevas.)