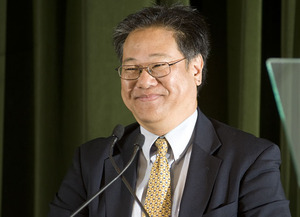 Nominations for the 2010-11 George P. Hart Award for Outstanding Faculty Leadership are due Friday, May 14. This award, along with a $1,000 honorarium, will be presented to a faculty member who displays the highest traditions of academic life, reflecting the commitment of the late Professor Hart.

The Hart Award, now in its 14th year, recognizes faculty members who are regarded as role models and leaders, both on campus and in the community. The award was established in 1996 following the death of George P. Hart, a well-respected 30-year member of the political science department and an associate dean in the College of Letters, Arts & Social Sciences. Hart served on the Academic Senate for 15 years.

Characteristics of the successful candidate include:

Written nominations should follow a one-page letter format. Self-nominations are discouraged. Send your nomination to Marissa M. Martinez at mmmartinez1@cpp.edu.