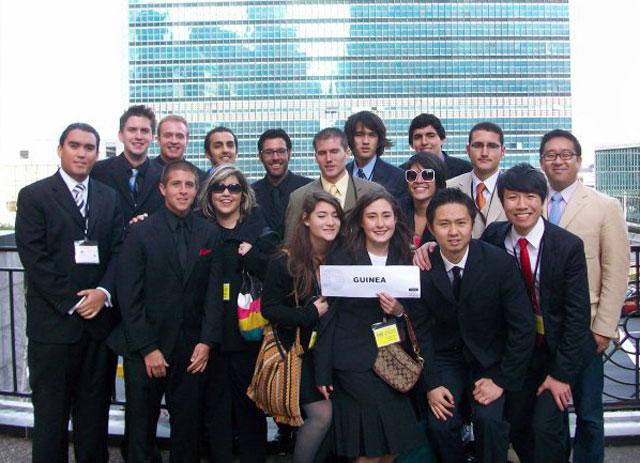 Students were assigned the Republic of Guinea, which they said was a challenging country because they had little to no prior knowledge of. Students had to act as ambassadors to Guinea and draft resolutions for global problems such as nuclear disarmament, poverty and climate change. Awards were given based on the position paper written by the committee team as well as how often the participants spoke, made motions, the quality of resolutions, and adherence to professionalism during the conference.

“Our delegation won Honorable Mention, or about the equivalent of third place. About 60 schools out of 340 receive awards, so we feel deeply honored. Cal Poly Pomona has won an award 13 years and counting,” says head delegate Matt Mitchell.