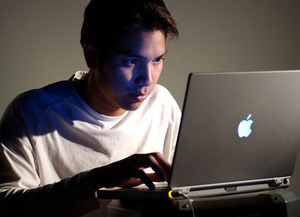 The College of Business Administration has partnered with U.S. Cyber Challenge (USCC) and the state Office of Information Security to launch the 2010 Security Treasure Hunt. The online competition is part of a national effort to identify young men and women with the potential to become world-class cybersecurity professionals.

The California competition began April 12 and will end May 20. USCC has also partnered with New York and Delaware to offer the competition to young adults in their respective states.

Experts agree that America is critically short of individuals capable of stopping threats to our information systems and to our overall digital infrastructure from unfriendly countries, groups and individuals.

“It is critical to be able to meet the immediate needs of the nation in the area of cyber skills,” said Karen Evans, nationwide director of USCC. “We are excited to see the launch of this effort and partnering with the states in this effort.”

USCC is a national talent search and skills development program. Its purpose is to find 10,000 young Americans with the interests and skills to fill the ranks of cybersecurity practitioners, researchers and warriors. The program nurtures and develops their skills, and enables them to get access to advanced education and exercises, and where appropriate, enable them to be recognized by employers where their skills can be of the greatest value to the nation.

The California Security Treasure Hunt is free and open to people 18 years and older who live in the state or attend school in California. Participants who log on to californiacyberchallenge.org will be directed to the Security Treasure Hunt where they will be asked to identify security flaws and vulnerabilities on a target system. Top performers will be eligible for an all-expense paid trip to the Cyber Challenge summer camp July 19-23 hosted by the College of Business Administration. The camp will feature a week of intensive cybersecurity training and cover topics such as intrusion detection, penetration and forensics.

Cal Poly Pomona has been lauded by the federal government for its excellence in cybersecurity education and produces graduates who are highly sought after by cybersecurity employers in the public and private sectors. Funding for the California Cyber Camp is provided through sponsorships and the support of Cal Poly Pomona.

“With the launch of the Security Treasure Hunt and the Cyber Challenge summer camp, we welcome another means to train future cybersecurity specialists,” President Michael Ortiz said. “At Cal Poly Pomona we pride ourselves on being at the forefront of this rapidly evolving field, which is reflected in our designation as a Center of Academic Excellence by the U.S. Department of Homeland Security and the National Security Agency since 2005.

The State of California is also ready to address this need.

“California is taking a lead role in this important initiative to advance the skills and expertise of young people to ultimately boost the fight against cyber threats,” said State Chief Information Officer Teri Takai. “The 2010 Cyber Security Treasure Hunt is a creative approach to harnessing the energy and curiosity of students in a meaningful way that engages tomorrow’s security professionals.”

USCC organizers expect 5,000 competitors this year from California, New York and Delaware. Next year, organizers have set a goal to have 15 states participate and more than 35 states by 2012.