For the first time in five years, both Cal Poly Pomona basketball teams have earned a berth in the NCAA Division II Tournament. And both teams will be heading north to the state of Washington.

The men’s team was notified it made the NCAA’s West Regional field that will be held at Western Washington University in Bellingham. Due to the fact that tournament entrant BYU Hawaii will complete its regular season Monday night against Hawaii Pacific, the breakdown of the seeds and game times will not be announced by the NCAA until Tuesday morning. 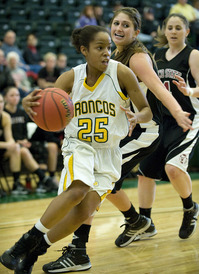 What is official is Cal Poly Pomona will be joined in Bellingham with Cal State San Bernardino, Seattle Pacific, Dixie State College, BYU Hawaii, Humboldt State, Central Washington University, and the host school, which is the No. 1 seed.

For information on both tournaments, go to http://ncaasports.com.