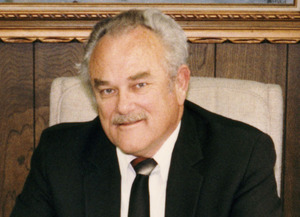 Thomas “Pete” Smith, who led the campus police department as chief for 15 years until retirement, died Dec. 13. He was 79.

Before coming to Cal Poly Pomona in 1975, he served with the Upland Police Department, where he rose through the ranks from patrolman to captain.

Smith was born in Latham, Kansas, and his family moved to California in 1936 after losing their farm during the Great Depression. They traveled along Route 66 and settled in Upland.

A viewing was held Friday, Dec. 18, from 4 to 8 p.m. at Wiefels and Sons Mortuary in Banning. Services were on Saturday, Dec. 19, at 11 a.m. at the Church of Jesus Christ of Latter-day Saints in Banning.