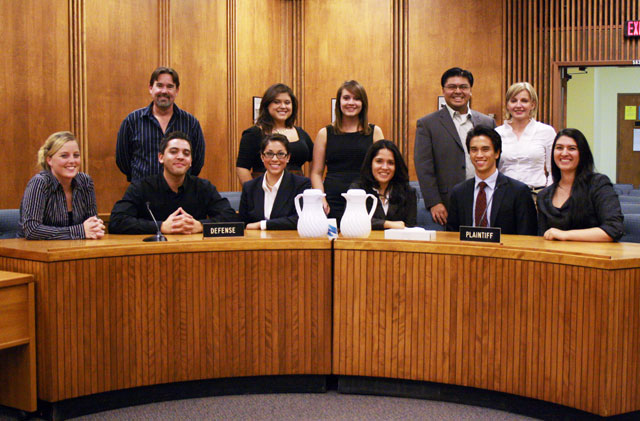 Cal Poly Pomona’s Mock Trial Team started its season with a stellar performance at the Second Annual Great Sonoran Showdown invitational hosted by the University of Arizona. The only team from a CSU campus, the eight-member team finished among the top 10 and received an individual award. The competition featured 22 teams and 170 students in the West Coast, including UC Santa Barbara, Air Force Academy, UC Irvine, Arizona State University and UCLA.

Up next is a scrimmage at Cal Poly San Luis Obispo in early December. For more information, visit the team’s website at www.calpolymocktrial.com.